What's on your mind?

I just discovered theis fandom wiki. I am an artist and I have been a big fan of Saint Seiya since i was 8-9 years old. This is a good resource to have especially for creative reasons and to have a memento of a franchise I have loved so much.

What I seek is the permission to edit the written articles to correct for grammar and typographic errors alone. I do not want to touch anything else but what has been written, and only to correct the English (does this wiki come in any other language?)

How do I gain that permission?

May someone please remove Phoebus Abel from the Apollo page? Abel, as stated in the movie, are not the same character but rather two separate characters under the same epithet because Abel views himself as the God of the Sun. It is in reference with the belief among scholars of Greek Myth that should Athena's unborn brother had been... well, born, that he perhaps would have that title because he would be capable of fulfilling that role. It is why some worshipers of Greek Myth believed Apollo would rule Olympus instead of Athena (It was the sexist explanation and not many people followed this belief, but I felt it was worth noting).

That aside, I feel as though this error will confuse new fans. The films stated they are different as well, save an incorrect dubbing which was reified in newer renditions. I have already completed and updated his own personal page (although I must add pictures before it is fully done) as well as moved information over, explaining and expanding on his character. I just need his infobox removed since it is locked on my end.

I hope this makes sense! Thank you and have a blessed day! ♥ 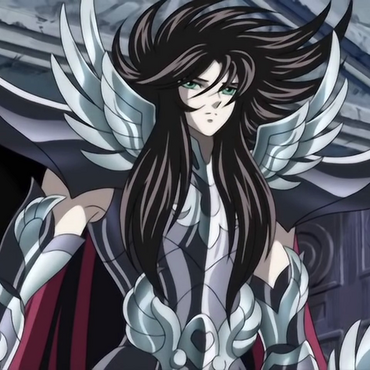 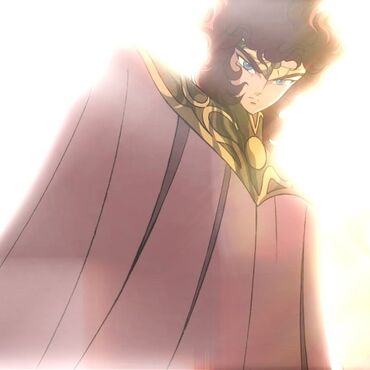 Can someone in charge of the Seiyapedia please delete the page on "Captain Kazuto" as that is someone's OC and not a canon character. 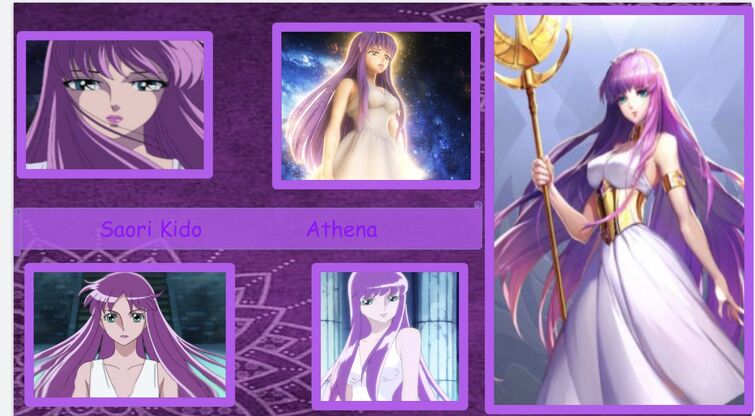 I don’t know a lot about the verse so please excuse me if I say anything wrong. Can someone please explain to me all the extra senses the people have? I know hades has like 9 but I can litterly think of one extra one. If you could help, that would be awesome! Thanks for reading.

It's my favourite character's birthday!

Do you know only Seiya call's Athena saiori sang!

you need to improve everyone's page or information

Who is your favorite Saint Seiya character?

Why they gonna to put an black or african character in saint Seiya?