Jamir (ジャミール, Jamīru) is a remote place located 7000 meters above sea level at the top of the Himalayas, specifically on the border of India and China.

It is also the home for most of the alchemist clan, the supposed descendants of the people of Mu, inhabitants of the lost continent destroyed in an ancient war between Athena and Poseidon.

To reach Jamir a person must climb the highest mountains of the world (where the air is so thin that is difficult to breathe) and pass through the Graveyard of Saint Cloths, a narrow pathway bordered by a steep cliff with stake shaped rocks in the bottom, guarded by the spirits of those Saints who failed to cross the abyss.

Shiryu traveled to Jamir in search of Mū to repair both the Pegasus Cloth and Dragon Cloth after the Galaxian Wars, meeting him and his apprentice Kiki in the Jamir Temple.

In Saint Seiya: The Lost Canvas, Altar Hakurei has his Cloth repair workshop in the Temple. Here was where Virgo Asmita burned his cosmo to create his Rosary in order to seal the souls of the Specters. 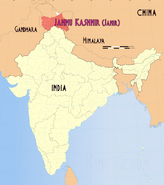 The Indian state of Jammu and Kashmir, the namesake of Jamir.

Jandara Mountain
Add a photo to this gallery 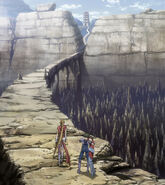 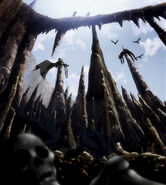 Bottom of the cliff 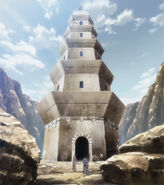 Jamir Tower
Add a photo to this gallery 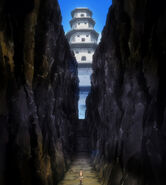 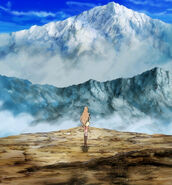 Panorama
Add a photo to this gallery

Retrieved from "https://saintseiya.fandom.com/wiki/Jamir?oldid=48029"
Community content is available under CC-BY-SA unless otherwise noted.